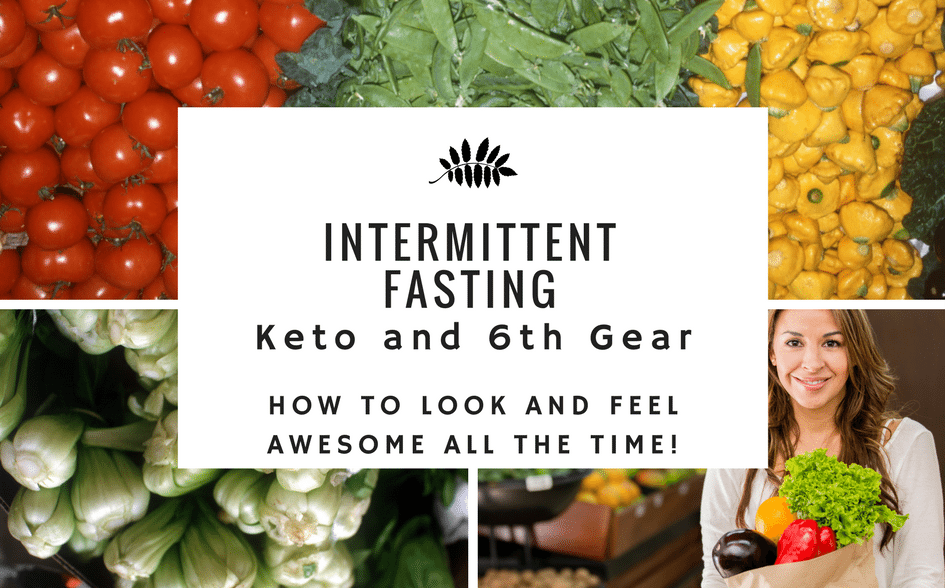 An Introduction To Intermittent Fasting, KETO, And 6th Gear

This site is about my journey into Intermittent Fasting, Keto, and 6th Gear that started after watching the 14 minute video below. I had found in the past that if you want to be successful at something, that fastest way to get their is to model someone that already has gotten the results you want and follow their lead and do exactly what they do. I am not a professional body builder or health nut per say and this is something that I only spend about 20 minutes a day on. IF and Keto are part of my normal life and this is my own take on things.

To succeed in this like I have, my thoughts are that you actually need to put blinders on and be very careful about trying to mix in other sources or listening to too many other people. Because inevitably, you will screw things up. The old saying, too many cooks in the Kitchen rings true here.

I have observed that Beginners Luck is nothing more than someone following what they were told to do by their Mentor (their mentor could someone they actually met, or someone who has no idea who they are, but they wrote a book or a course, or in this case Chris Winters did a video). A mentor real or virtual, is someone that you model new actions after to get new results you want to obtain.

Unfortuneatly in most cases with that one teeny success that people get by following instructions originally, and because they just followed the mentor without interjecting their own (thoughts), they start “thinking” and either omit or add something to the recipe and they have Buttkiss for results next time. They ultimately fail after the initial success and then like the dumbasses they are (not you or me of course 😉 ) They blame the system, or the mentor and turn into a living breathing whining crap magnet and tell the world the system does not work. When point in fact if they were not such goobers and just continued to follow the rules until they really master what they were doing, it would be fine. This is why most people fail and frankly screw up pretty much everything new they try in big things that matter in life, from changing the way the eat and live, to business. You and I of course are not ones that do that though lol. Seriously though, there is no reason not to succeed at this from day one.

It is like bitching about bread will never work and not rising because they decide that 1/4 teaspoon of yeast was not necessary. You get my point. 😉

So, I resolved to not to do anything other than follow what was in the video. Easy Peasey! Guess what? I started getting noticeable results in 24 hours. The Result was 6th Gear. More on that later, but basically 6th Gear is operating physically, mentally, and emotionally at a much higher level. More details on the science of this later. Anyway, ” Effing A” I said, “ I LOVE feeling like this” and I have been hooked ever since. I started my Journey 550 days ago on February 7th, 2016 and I have never looked back.

I never expected to doing a blog on this but… I am grateful for that little 14 minute free video that Chris Winters did just trying to help others and it is the least I can do to help pay it forward because it has made such a profound impact on my life. It was by far one of the best decisions I have ever made in my as well. I really can’t emphasize that enough.

I have since dove into the information that is out there on IF and Keto and dieting and having a very strong interest in Chemistry, Physics and all things science, I was appalled at just how much bad information is out there on this by the “Establishment”.

So while I am not offering medical, psychological, or relationship advice, I will fill you on how my journey and what resources I use on a daily basis on my continuing quest of being and staying in 6th Gear.

This is the video that got me started and all I did for the first 60 days was follow this. Nothing more, nothing less, only then did I start doing research on the what and the why. Keep it simple and you will succeed.

I currently shoot for an 18 hour fast, followed by a 6 hour eating window.
Cheers,
Andrew Anderson